The Chicago Bears were the first team to select a tight end in the 2020 NFL Draft when they picked Notre Dame’s Cole Kmet with the 43rd overall pick (11th pick of the second round). No other tight ends were chosen until the third round when the New England Patriots selected UCLA’s Devin Asiasi with the 27th pick of the round. A total of four tight ends were picked in the third round, including Josiah Deguara (Green Bay Packers), Dalton Keene (Patriots), and Adam Trautman (New Orleans Saints).


Twelve tight ends in total were drafted in 2020. It was the fewest since 2016 when just 11 heard their names called.

The 2021 NFL draft will all but certainly top that number. In fact, there could be multiple tight ends picked in the first round.

Here are the top tight ends to watch heading into the 2020 college football season. 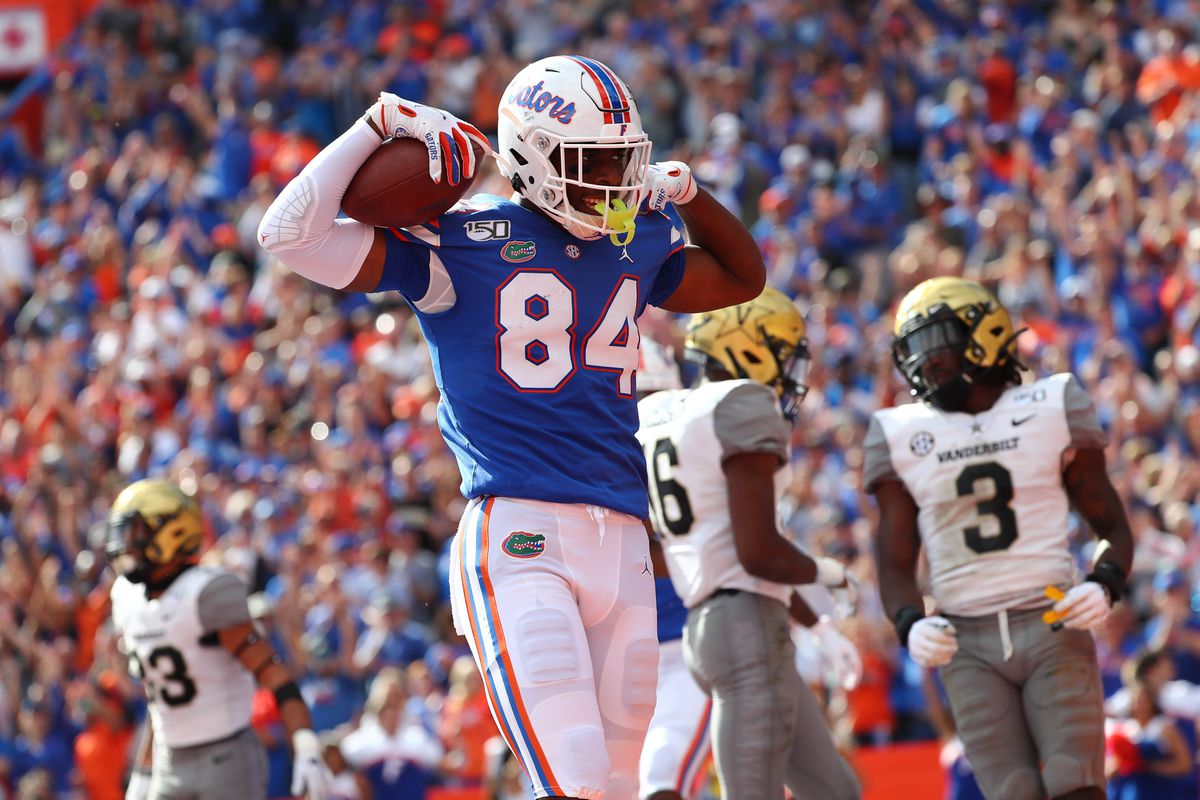 Pitts is this year’s “wide receiver in a tight end’s body.” At 6-5, 239 pounds, Pitts has route-running traits and after-the-catch ability that’s rarely seen from tight end prospects with his physical profile.