Atlanta Falcons wide receiver Calvin Ridley has been suspended for at least the 2022 NFL season for gambling on games, the league announced Monday. The full statement from the NFL can be found here: 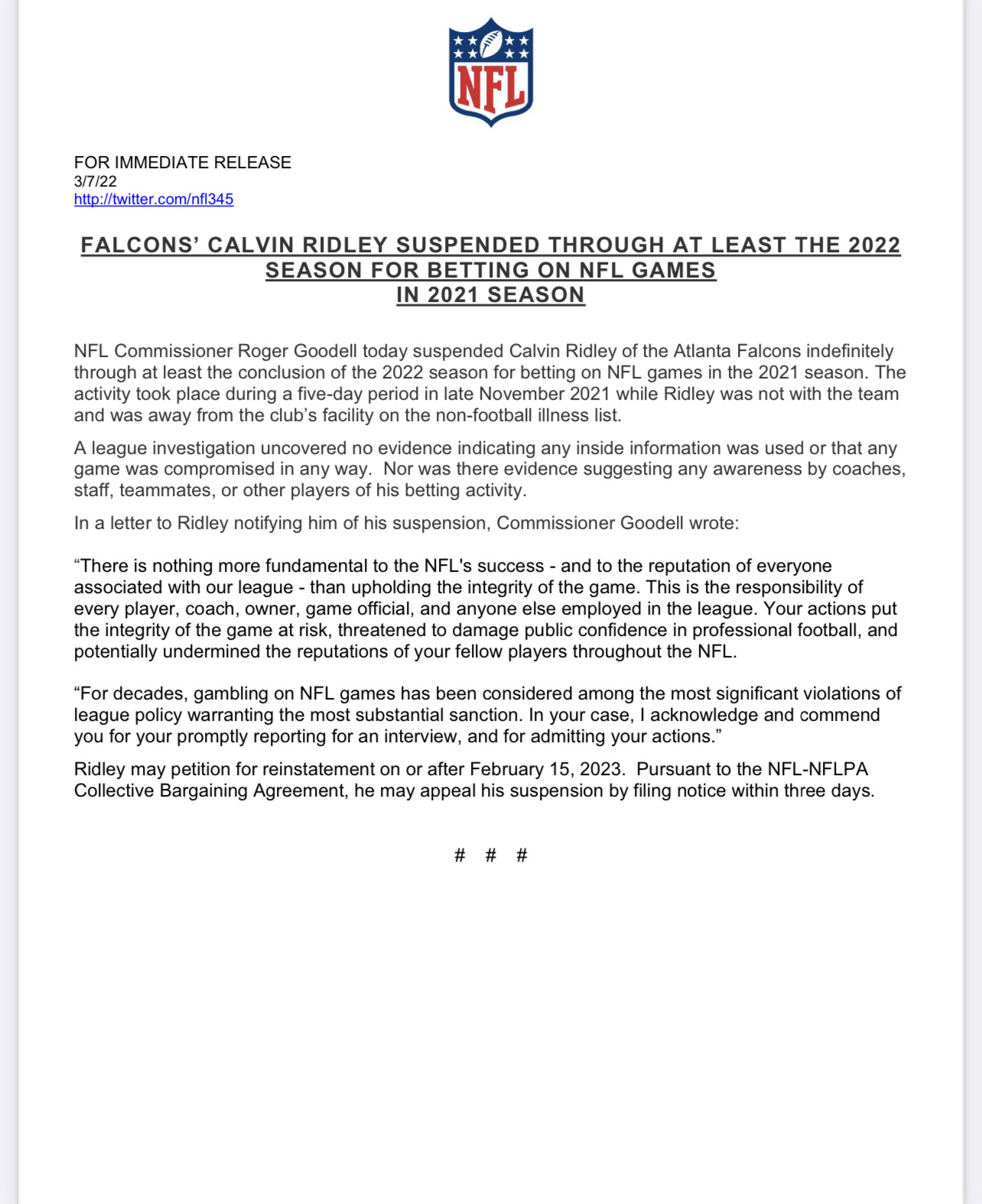 Ridley missed most of the 2021 season, appearing in just five games and totaling 31 catches for 281 yards and two touchdowns. Ridley stepped away from football in November to focus on his mental health. Monday’s news brings to light just how serious his struggles have been.

Now, the Falcons are left with only tight end Kyle Pitts as a viable target for Matt Ryan next season. Armed with the eighth overall pick, it’s all but certain that Atlanta will use that pick on one of this year’s top wide receivers.

Which wide receivers can the Falcons draft in first round?

Ohio State’s Garrett Wilson, USC’s Drake London, Arkansas’ Treylon Burks, and Ohio State’s Chris Olave are generally considered the top wideouts in this year’s class, but there haven’t been many mock drafts with any of them coming off the board in the first 10 picks. That’s now going to change.

“Certainly wish Calvin all the best,” Ryan said after Ridley stepped away. “We love him and support him. He is a great friend and a great person. We all support him as he is going through this.”

My,  how things have changed.

The Falcons will likely be aggressive in the free-agent market, too. Amari Cooper is expected to be released by the Dallas Cowboys and would be a logical target. Allen Robinson isn’t expected to return to Chicago and would complement Atlanta’s offense well.

It’s a sad turn of events for Ridley, who was trending as one of the best young wide receivers in the league only two years ago. Now, he may never see the field again.